DESCRIPTION: Shallow, U-shaped segments connected in a zigzag, or irregular, or other pattern near their ends, laminae on the floors of burrows, and, where well preserved, having longitudinal striae on at least the lower surface of the burrow, or in some cases on the sediment beyond the apertures. Original diagnosis: A zigzag, half-cylindrical, continuous trail, forked at each angle, and running in any direction; each line is prolonged in the direction in which the animal moved, at the angle, so as to form a short fork or projection. Emended diagnosis: Subhorizontal burrow consisting of one series of downbowed or J- to U-shaped segments joined near or at their ends in a uniserial pattern that may be irregular, zigzag, or arcuate. Segments extending to sediment-water interface with at least one aperture originally open; very gently downbowed or nearly straight, fill passive, commonly by collapse.

REMARKS: Possible predation or scavenging trace (Vannier et al., 2010), or agricultural trace (Knaust, 2004). Jensen (1997) and other researchers expanded the concept of Treptichnus to include Phycodes pedum, the Lower Cambrian trace fossil that Seilacher (1955) named. Because “Treptichnus” pedum is now used to define the Precambrian-Cambrian boundary (Brasier et al., 1994), its taxonomy, paleoecology, and stratigraphy are matters of interest. 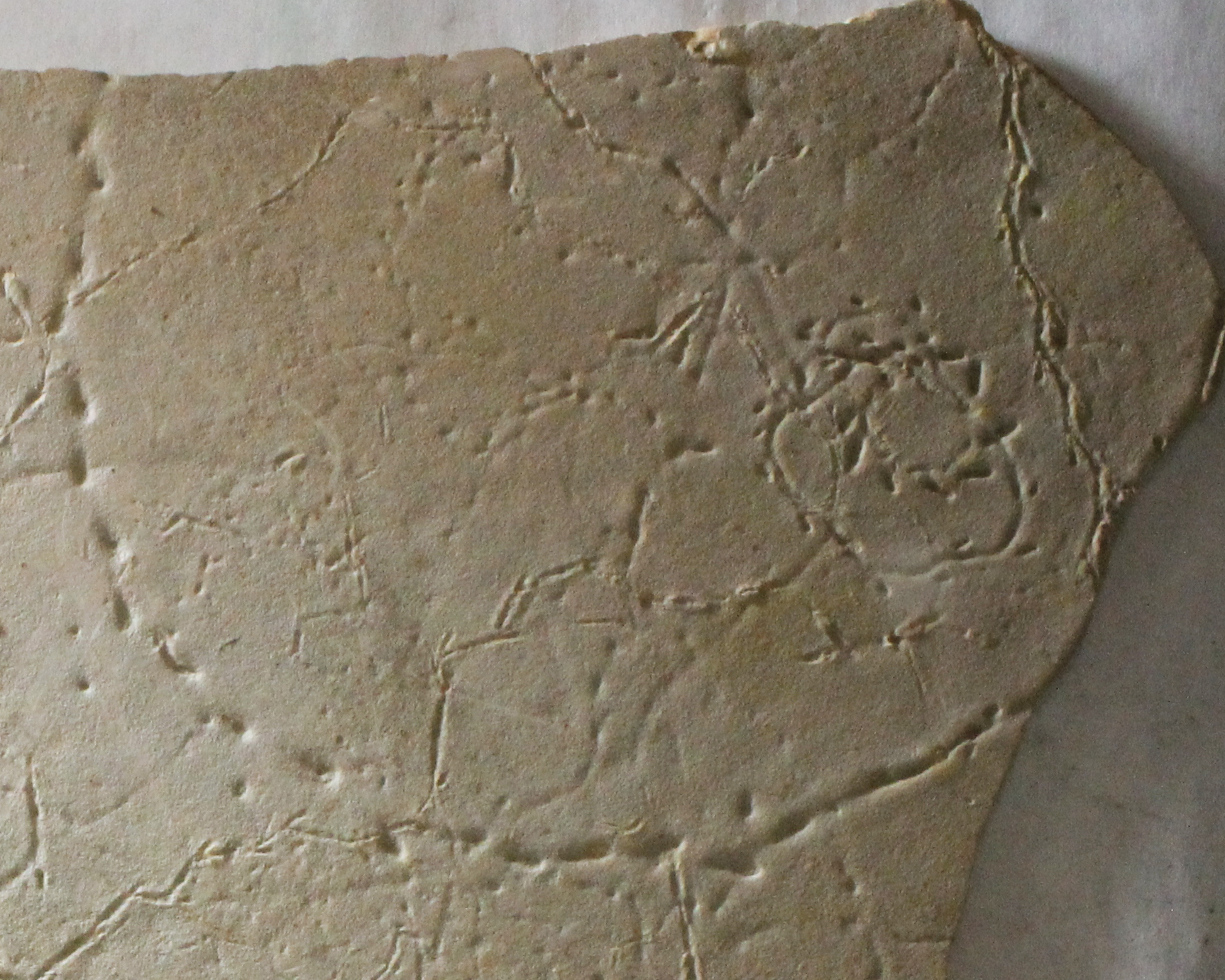 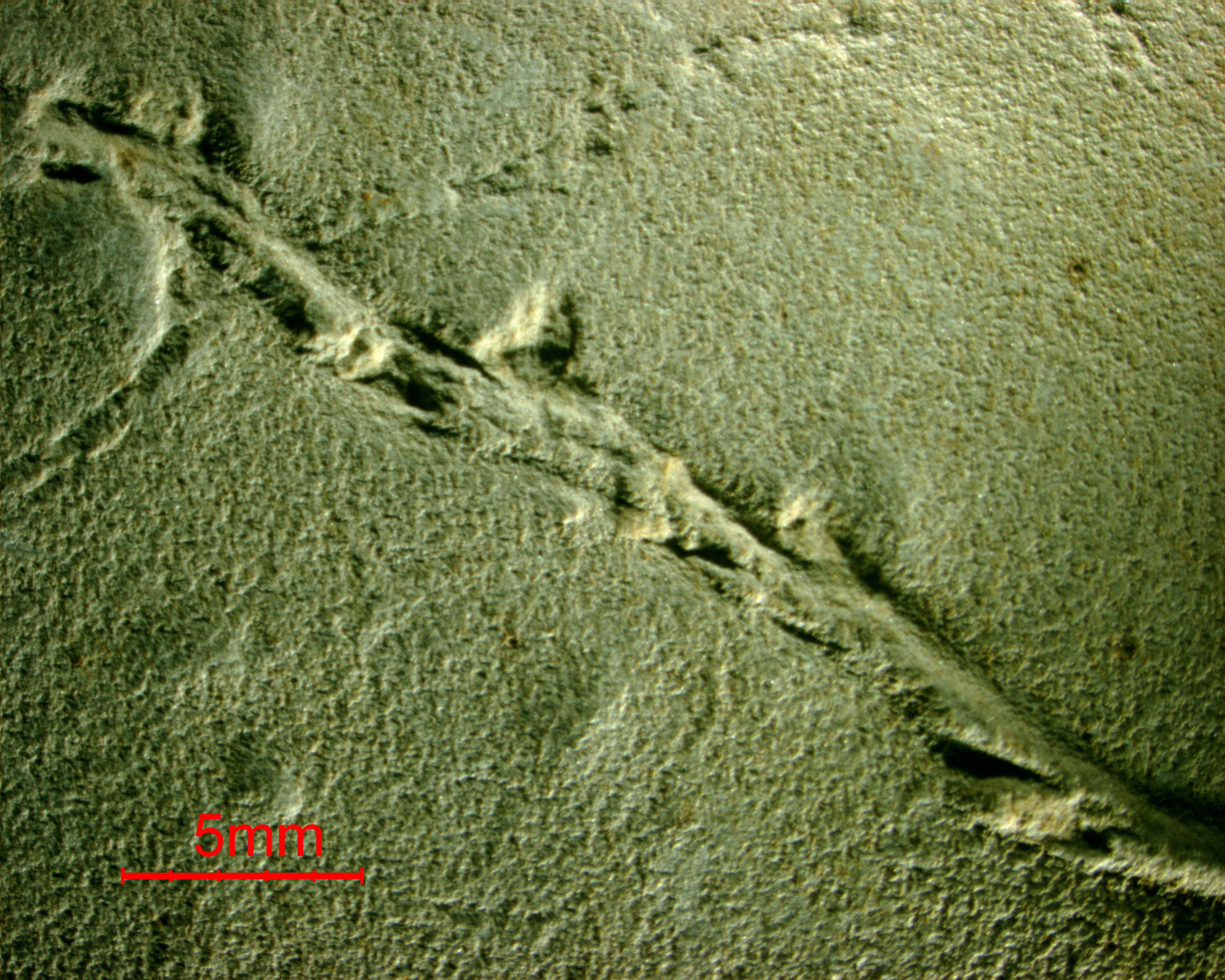 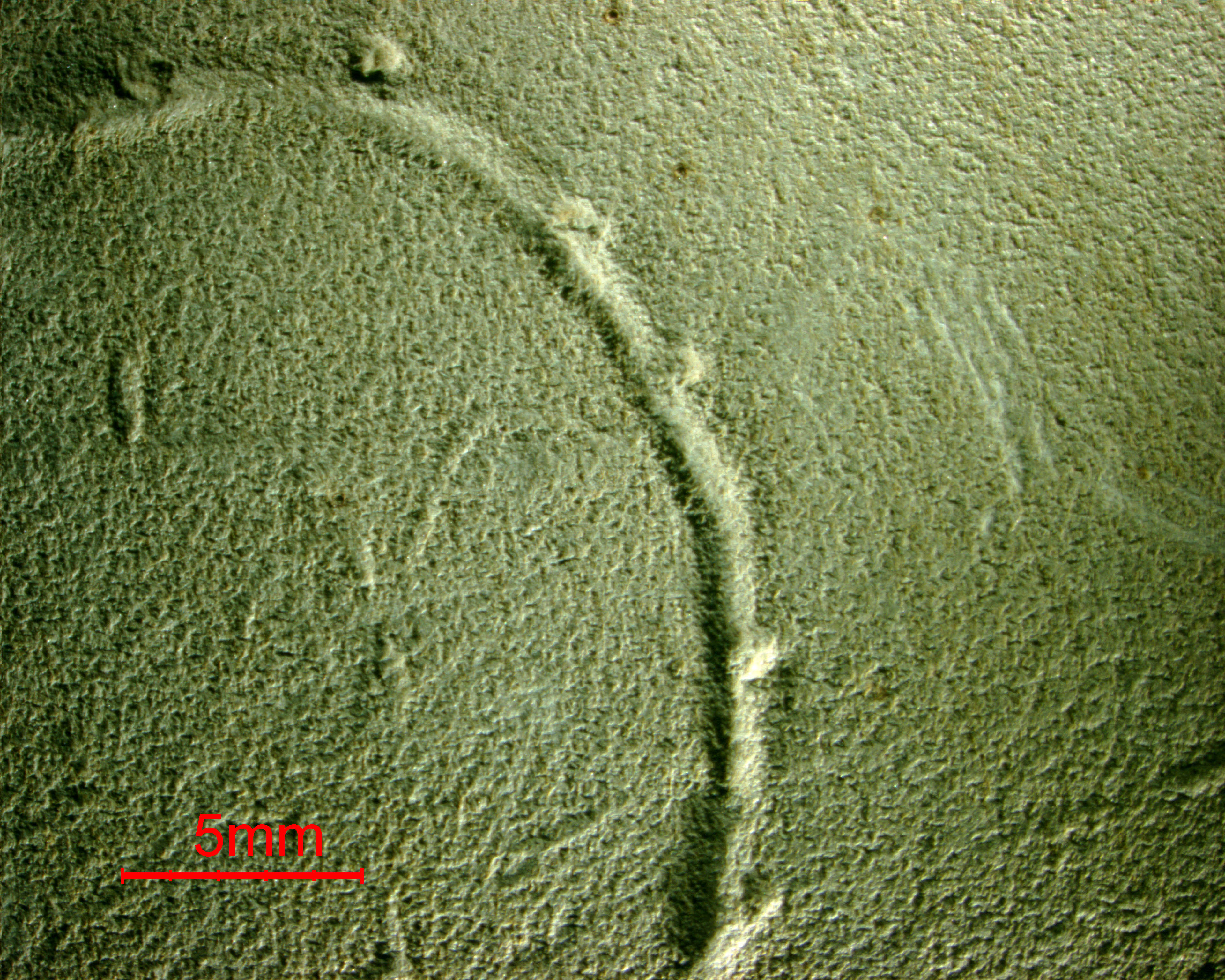 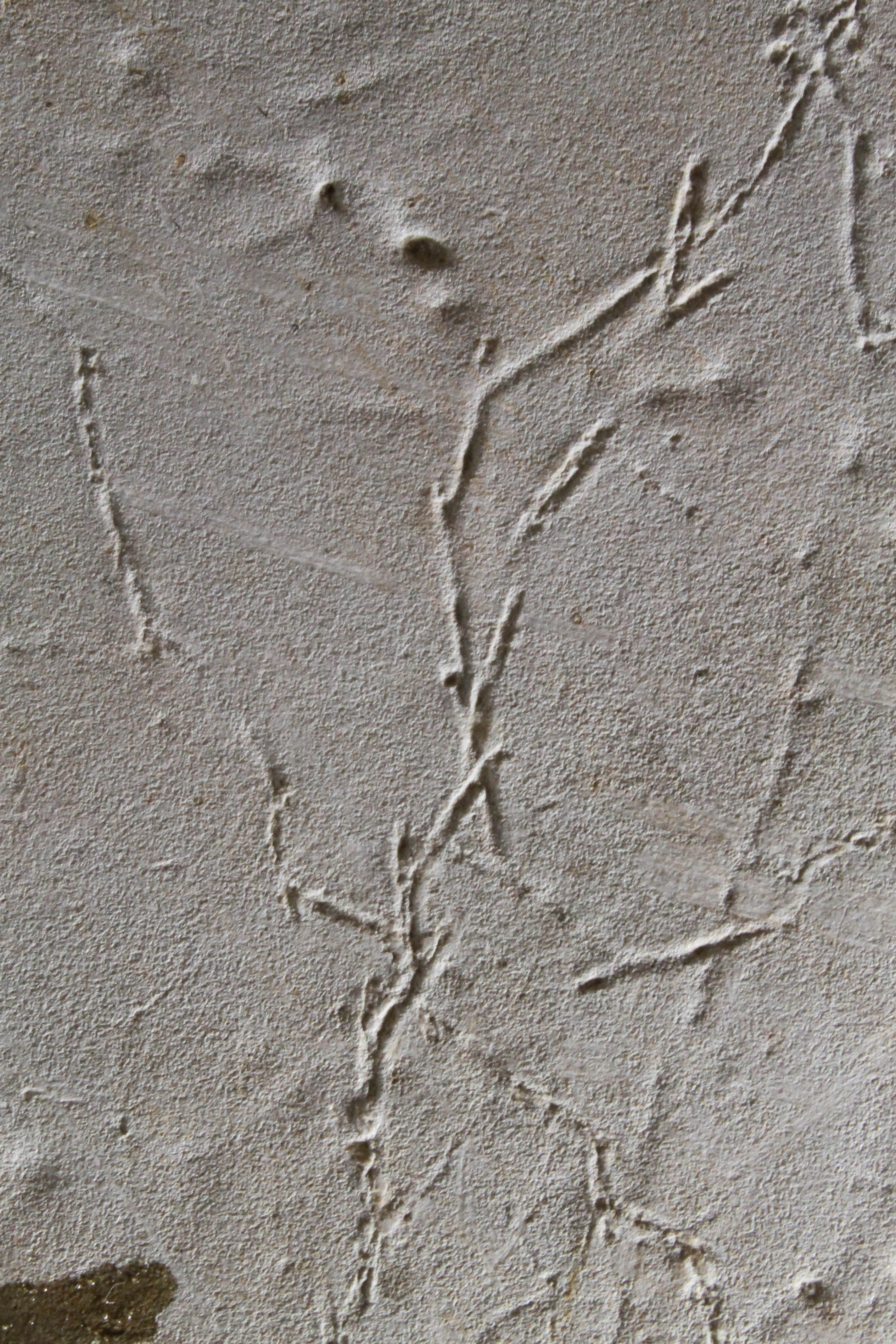 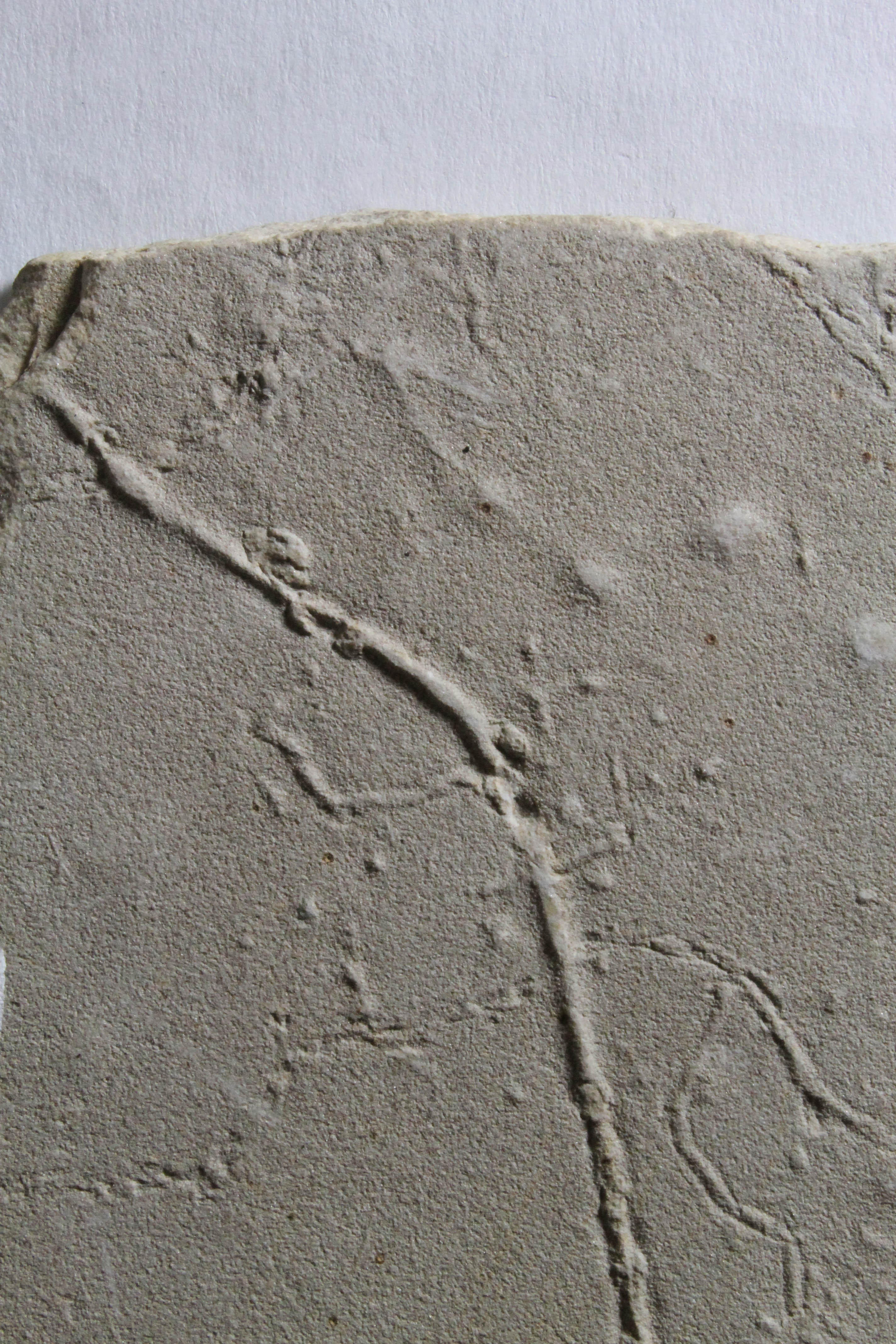